The first iron deficiency related post explained how iron had caused me to have scary chest pain. Finding out that my heart was perfectly healthy was great. Then came my diagnosis of Lyme Disease and mold illness for which I began a protocol I’ll outline soon in a separate post. Because my body didn’t respond well to oral iron I had to get iron infusions since my iron stores were almost nonexistent.

Side effects from iron infusions

The first type of iron infusion had some unpleasant side effects such as painfully swollen joints and a rash that appeared on my chest. Later my face started to have the rash as well. The swollen joints thankfully went away in just a couple of days, but the rash spread to my face. We weren’t sure if the rash was caused by the iron infusion or the Lyme protocol. (source)

So, I had to stop the first Lyme/Mold protocol for a while to see if my rash would disappear; it continued to worsen. At this point, the burning, stinging, itching rash on my face and chest consumed me day and night. I would wake up in the middle of the night and cry. Finally, I decided to do something, anything that would bring relief. I’d tried every over the counter and home remedy to be found.

Treating the side effects

The dermatologist couldn’t figure out what caused the rash without a biopsy. I’d had a history of Rosacea and since I had Lyme Disease, he prescribed Doxycycline; an antibiotic used for both. I haven’t taken an antibiotic for years. I rarely get sick, and even then home remedies work fine.

My nurse explained that most patients receive a three month prescription of Doxycycline to treat Rosacea. She was not sure why he prescribed a two-month cycle. Later, after reading everything I could get my hands and verifying what she told me about Doxycycline, I filled the prescription. I’d read that this antibiotic was used to treat Rosacea and Lyme disease. One article mentioned that it was one of the safer options.

The dermatologist also prescribed a topical steroid spray for my rash which brought instant but not complete relief. Thankfully, he gave me two small sample bottles which were enough to get me through since the prescription was over five hundred dollars AFTER my insurance was applied. I didn’t fill the prescription.

Over the first few days my rash completely disappeared, and my skin felt and looked better than it had in a very long time. I continued to take the Doxycycline until my prescription expired, two months. During that time the rash never reappeared.

Keeping my iron up

I felt great for a few months after my initial iron infusions. A lab result showed that my iron levels were up and I resumed my new Lyme Protocol. (the one I’ll share in a future post but you can see a bit about it in this video about my supplement routine.)

A couple of months later, while going over my blood work, my healthcare provider noticed that my iron was dropping again, so she prescribed topical iron. If you’ve never applied topical iron, then lucky you. It reminds me of when being at the beach when you put on sunscreen, but you have sand all over you, so it’s like exfoliating.

When I used my transdermal iron, the kids said, “you smell like metal.” Iron stains anything it gets on, which meant ruined towels, sheets, and clothes. Even my sink needed a scrub each time I washed my hands after applying the cream.

How to Test for Progress

You can find out using a home Iron, TIBC, and Ferritin panel at home or asking your doctor to do this test for you.

In addition, some people carry a gene, TMPRSS6, which regulates a protein that controls how much iron you absorb from food. At rs4820268, the ‘G’ allele is associated with lower blood iron levels. You can find out if you have such a gene with a simple home genetic test kit, like the one I used from SelfDecode.

I still wasn’t feeling “back to normal” and started to experience problems with my muscles. For example, just knitting for an hour made my biceps sore. I noticed that using my iron skillets was also harder as they seemed heavier than usual. My muscles just weren’t working normally.

When I woke up and tried to drink coffee my face muscles felt like they were still asleep. Sounds hilarious, but it was almost like facial paralysis. The heart palpitations started coming back, and I would find myself taking deep breaths to get more oxygen at times. Going to the gym meant extra long recovery periods even when I was just doing light exercises.

It could have been my imagination; my hair seemed to be ending up in my brush more than usual. Due to this and other symptoms, I made an appointment with my doctor again. Thankfully I was already doing some things to help my hair stay healthy or who knows how bad it might have been. Iron deficiency can cause hair loss.

My doctor’s office ordered another round of bloodwork. Have I mentioned my veins hide from needles? Phlebotomists always call me a “hard stick” and often have to try repeatedly. Not fun.

The lab results came back. Even after all of that time using the topical iron, my Ferritin level had plummeted to almost nothing. This was devastating news, especially since the hassle with my iron cream was for nothing; my body still wouldn’t store iron.

The ferritin test measures the level of ferritin, the major iron storage protein in the body. The test is sometimes ordered together with other tests to help evaluate the body’s iron stores, such as an iron level or a total iron binding capacity test. Low ferritin levels can mean low stores of iron in the body, which nearly always result in fatigue. My depleted iron stores continued to indicate that it’s not a lack in the foods I put into my body but a failure to retain it.

Waiting for a new type of iron

My doctor’s office was in the process of getting Injectefer, a different type of iron infusions. that were thought to cause fewer side effects. I wanted to wait until this was available. When I requested to wait two weeks, she said it was urgent that I get my iron up immediately but reluctantly agreed to let me wait.

Those two weeks seemed like forever. When I arrived for my infusion, various issues came up with the doctor’s office which meant my treatment had to be postponed. All this time I was trying to keep up with daily activities, and it was starting to take a toll on me.

Finally, a few days later we got everything “ironed out” so to speak. I had my first “new” iron infusion. I was so scared because of my previous experience with the first type of iron infusion, but I’m happy to report that everything went well. In fact, there was not even the slightest side effect from the new iron infusion. I returned one week later for the second treatment, which also went very well.

Thankfully, the effects are immediate when you restore iron via infusion. Within hours I could feel a difference. I no longer felt out of breath walking up the stairs and had more stamina to get through the day. Which was great since we were headed across the country on a business trip.  We decided to extend the trip for a few days of pleasure with part of the family.

I was so grateful to be able to walk along and sightsee without feeling exhausted. Not that I was ready to climb mountains, but I felt good enough to enjoy our trip. Truthfully, because of my condition, I am thankful for any day that my energy remains until 3 p.m.

The nurse did tell me that this newer infusion appears to last longer, and I am praying that it’s true. Only time will tell!

Can you Exercise with Anemia?

Can you exercise with anemia? CAN you or is it safe to? If you are one of the nearly 3 million people in the US diagnosed with iron-deficiency anemia, you already know how much of a struggle it is to climb the stairs let alone workout. There have been times when climbing the three flights 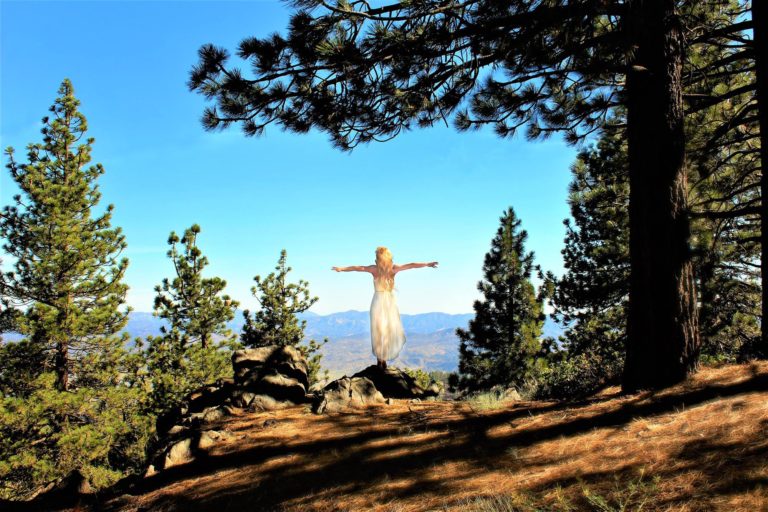 How to Increase Iron Levels Naturally

How quickly can you increase ferritin levels? With the method outlined below, it’s possible to improve iron stores in 6-8 weeks, depending on why you are deficient. If your blood levels are low due to menstruation, it may take longer. Menorrhagia, depending on the severity can make it difficult, and sometimes impossible to achieve normal

Winter Field Trips for Homeschoolers (and everyone else!)
Next Post:Maple Glazed Powerhouse Salmon Recipe