Raspberry Leaf Tea for all stages of Womanhood

Many herbalists and functional medicine practitioners have nicknamed Raspberry Leaf “the woman’s herb.”

Because Raspberry Leaf Tea contains compounds that are known for treating PMS symptoms of cramping, vomiting, nausea, and diarrhea as well as for women pre and postpartum. Getting enough calcium can reduce symptoms of premenstrual syndrome (PMS) because Calcium contributes to regulating the hormones your body produces and uses every month. Without it, women who suffer from PMS often have higher levels of the hormones that cause PMS, which cause day-ruining symptoms like cramping, bad moods, and even depression.

“One major function of Red Raspberry Leaf is to clean the blood of excess hormones. This is really important to women suffering from PMS as one of the major culprits in PMS is the hormonal imbalance experienced in the Follicular and Luteal phases of the menstrual cycle. At one point in the Follicular phase, the body is flooded with estrogen and then in the Luteal phase, it is flooded with progesterone. The overwhelming majority of all PMS issues begin with this hormonal imbalance. Being able to overcome that makes Red Raspberry Leaf a critical remedy for PMS.” (1)

Also, because of its hormone balancing act, Raspberry Leaf Tea strengthens the lining of the uterus. This is good news for women who suffer from PCOS (PolyCystic Ovarian Syndrome) and especially for those trying to conceive.  In fact, The American Congress of Obstetricians and Gynecologists says that estrogen builds the uterine lining in preparation for a fertilized egg, and progesterone plays a role in maintaining and controlling the growth of this lining. When hormones are off-balance the lining may be too thin to hold a pregnancy, resulting in miscarriage. Strengthening the uterine lining can play a major role in preventing these issues. (2)

According to Mountain Rose Herbs,

Raspberry leaves are among the most pleasant-tasting of all the herbal remedies, with a taste much like black tea, without the caffeine. Raspberries were said to have been discovered by the Olympian gods themselves while searching for berries on Mount Ida. Raspberries are indigenous to Asia Minor and North America, with the first real records of domestication coming from the writings of Palladius, a Roman agriculturist. By Medieval times it had a great many uses, including the juices which were used in paintings and illuminated manuscripts. King Edward the 1st (1272-1307) was said to be the first to call for mass cultivation of raspberries, whose popularity spread quickly throughout Europe. Teas of raspberry leaves were given to women of the Cherokee, Iroquois, and Mohawk nations in North America, and have earned approval of the authoritative British Herbal Compendium.

I have personally used it with my own children to help reduce a fever and also to calm upset tummies. It has an abundant supply of vitamins and minerals which help to build strong bones and a good immune system. Besides, it tastes great, especially with a little honey. Hopefully, you can find some honey at your local farmer’s market!

In Chinese medicine, Raspberry Leaf Tea is used to help strengthen the kidneys. I tried lots of different teas on my recent trip to China and returned home with a few new favorites including one that helps weight loss and lowers cholesterol, but Raspberry Tea is still at the top of my list!

How to make a cup of raspberry leaf tea

To make raspberry leaf tea, pour 1 cup freshly boiled clean water over 1 or 2 teaspoons of dried raspberry leaf. Steep for 10 minutes. You may sweeten with honey or stevia if desired or even add lemon. Drink in the days before and during your cycle.

Two to four cups of this herbal tea can be enjoyed on a regular basis and it is generally considered safe for anyone. You can drink it cold, but more of the healing properties remain intact when it is consumed warm.

Always use red raspberry leaf under the care of your naturopath or herbalist or obstetrician! Ask your obstetrician how many cups you can safely consume during pregnancy.

Even if you are a woman who rarely ever suffers from PMS, you still may want to consider adding Raspberry Leaf Tea to your diet. In addition to being high in antioxidants, raspberry leaf tea is effective for treating digestive issues.

Some women use Raspberry Tea during pregnancy to strengthen the uterus. Nursing moms, myself included, have used it to promote lactation.  We recommend consulting your practitioner before using herbal products, particularly if you are pregnant, nursing, or on any medications.

Disclaimer: For educational purposes only. This information has not been evaluated by the Food and Drug Administration. This information is not intended to diagnose, treat, cure, or prevent any disease.
Read more about having a safe and healthy menstrual cycle here.
Interested in a monthly subscription box for you or your daughters that includes everything you’ll need to get through that time of the month? Check out Seasons of Sisters! 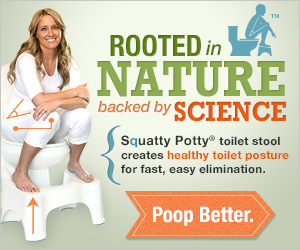 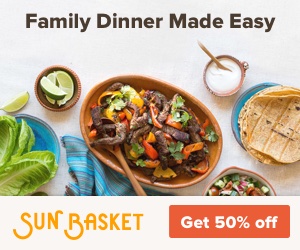