Preparing your favorite Korean dish is fun and rewarding, but first, let’s get some Korean pantry staples so you’ll have what you need.

Korean food is one of the healthiest cuisines to explore. Vegetables star in many dishes. Fermentation is a popular method of preservation which means those dishes, such as kimchi, pack a nutrient-dense punch.

My daughters and I started watching Kdramas in 2012, right after Dramafever was born and we’ve been in love with Korean culture, food, and music ever since. Over the years, we’ve watched Kimchi Chronicles, Maangchi’s YouTube Channel, and other cooking shows that have intensified our love for Korean food.

Our interest in Korean Cuisine began by watching Korean Dramas, but the variety of flavors sustains it! Because some of the ingredients are a bit different than what your pantry might have on the shelves, here are a few Korean Pantry Staples.

At the end of this article, I’ll share resources you can use if you want to find out more from authentic Korean chefs.

Korea is on my bucket list of places to visit, but if you’re like me and haven’t had the opportunity to go there, you can still explore the culture through food. (As well as learning a bit of the language, music, and history.)

Korean food is absolutely delicious with plenty of variety and I’ve found it to be quite healthful if you make good choices and avoid the junky processed foods. That goes for just about any culture’s food though, really, doesn’t it?

We’ve been to Korean BBQ restaurants in New York, California, Georgia, and even here in Tennessee. Q Korean Steakhouse opened in 2020 here in Knoxville, highly recommend the “unlimited” which is absolutely worth it. This means unlimited side dishes and meat to grill (you can do it or your server can, you choose.)

If you are new to Korean food, here are a few of the more popular dishes you’ll see.

When you first begin experimenting with Korean cooking you’ll want to add a few pantry items to get you through those recipes.

Let’s start making mouth-watering dishes from Korea with meat, vegetables, rice, and sauces listed below. Here are some of the more popular foods you’ll see in recipes.

Korean rice is usually medium or short-grain rice, and good news for the gluten-free crowd, rice is naturally gluten-free. Mix rice with other grains or even beans to improve taste, texture, and nutrition. An example of this: Korean Multigrain Rice (Japgokbap.)

Soup is incredibly popular in Korea. Known for its ability to replenish energy and support healthy immune function, try Korean Ginseng Chicken Soup (Samyetang.) This recipe from Seoul is worth trying.

Korean soup, or guk is an essential element of Korean food culture. Many Koreans feel that along with rice, kimchi, and banchan, no meal is complete without it.

Talking about all of these mouth-watering dishes is making me so hungry! So, let’s get in the kitchen and find out what kinds of ingredients we might need to make a few of these delicious Korean Foods.

Starting with the most important: fresh produce. I’d encourage you to explore an Asian supermarket for some if not all of the items on this list.

In no particular order, I’ll list some of the most popular fresh produce items I’ve seen and used since I started exploring Korean cuisine.

Korean ingredients such as red pepper, chili flakes, rice vinegar, sesame seeds, scallions, and radish aren’t hard to find in American supermarkets. You’ll find more unique Korean foods in an Asian Market or a Korean specialty store. If you don’t live near one, try looking for these special ingredients on Amazon or Thrive Market.

Condiments to complement your Korean Dishes

While you might find some unhealthy ingredients listed in some of the cookbooks, feel free to substitute them with healthier alternatives. For example, if I see corn syrup listed, I might choose honey or allulose syrup (zero-calorie sugar alcohol) instead.

You can find many ready-made condiments in the store, however, it is so satisfying to make your own and often can be more nutritious. Black bean paste for the black bean noodle dish Jajangmyeon has caramel color added. I’m not sure if the caramel color is entirely necessary and I don’t want to eat it as could potentially elevate the risk of cancer in some people.

Pepper Paste (gochujang) is one I make all the time. This Paleo Gochujang recipe is the one that I use.

Ssamjang is a popular dipping sauce that you can make at home with ingredients that aren’t too hard to find. Here’s the go-to recipe for making ssamjang that I use.

If you want to purchase ready-made condiments and sauces, I recommend checking Thrive Market first. You can also find some decent ones at places like Whole Foods, Earth Fare, etc.

Beans Grains in the Korean Pantry

Rice is the predominant grain used in the Korean Pantry. Here are a few other beans and grains that you may see in some recipes.

According to reports, pork is the most popular meat consumed in Korea, however, you’ll find recipes that use beef, chicken, fish and pork. Beef is particularly prized and expensive in Korea due to high demand and limited supply.

No article about Korean food would be complete without a mention of Bungeoppang! My kids love the storebought version of this popular fish-shaped pastry filled with vanilla ice cream and sweet red bean paste. Bungeoppang can be sweet or savory; we’ve only tried it sweet, but I have a pan to make the pastries, so I plan to explore this area more.

Explore Korean Food at Home with these Resources

I’ve listed The best Korean Cookbooks in this post, but here are the two I refer to the most when craving Korean food.

Watch this short video to see just a few of the recipes from Korean cookbooks we’ve tried, including Bill Kim’s popular sauces. See the book recommendation above.

If you’ve never seen a “kdrama” and have no idea what I’m referring to, check out my 2016 post on Korean Dramas. Be prepared to start craving Korean food; you’ve been warned!

An exciting and fun way to explore cultures with your kids 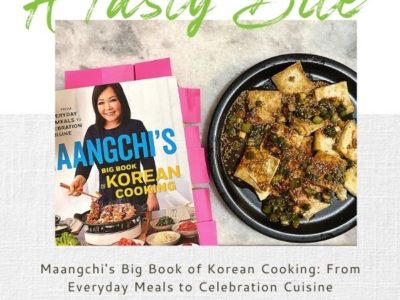 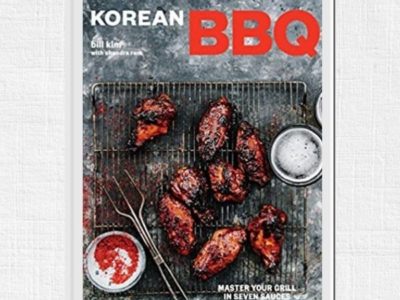 Korean BBQ by Bill Kim – Make all the Sauce

Read moreKorean BBQ by Bill Kim – Make all the Sauce

The Best Korean Cookbooks to Explore for Healthy Recipes 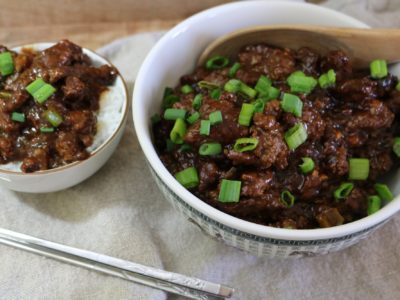 We love to chat about food, won’t you join us? In A Tasty Bite Cookbook Club, we explore a variety of recipes. Four cookbooks per year make the list. I announce these in three places. On the cookbook club page, in the Healthologist Community as well as the Facebook group.

How to Create an Ethical & Toxin-Free Bedroom for Healthy Sleep
Next Post:What To Do With Sourdough Discard