In the US alone almost 50 million prescriptions were written for the anti-anxiety drug Xanax.  It is reported that 1 in every 10 Americans is currently taking an antidepressant medication. Some of the side effects of Xanax are drowsiness, memory impairment, anxiety, insomnia, change in appetite, decreased libido, and more. Xanax has a high potential for addiction, which is why it is designed to be prescribed for short-term use only.

Many anxiety sufferers have searched for a safer alternative for mild anxiety. L-theanine, an amino acid that has been receiving a lot of attention for its anxiety and stress blocking abilities, has been on my supplement list for several years. If you are a regular reader of my site, you may remember my first post about anxiety as well as my attempt to help readers understand and cope with anxiety.

I first began using this supplement when I realized what I was experiencing was anxiety. My doctor at that time had even used L-theanine for public speaking when he had experienced mild anxiety.

L-theanine has been widely used for the supplement’s ability to produce a calming relaxing effect by reducing anxiety. By blocking glutamate receptors in the brain L-theanine produces anti-anxiety effects that, unlike prescription anti-anxiety drugs, does not impair motor behavior or cause drowsiness. Mood enhancing serotonin levels increase due to the ability of l-theanine to reduce obsessive negative thoughts.

Within the last decade, L-theanine has been studied for its potential to reduce the risk of stroke and even limit brain damage in strokes caused by blood clots. Researchers already know that green tea has potential in preventing strokes. (source) In lab tests, L-theanine substantially reduced damage to the brain caused by a stroke when treated within 24 hours. (source) The protective benefits of L-theanine are attributed to multiple mechanisms.

Researchers have studied the protective effects of L-theanine against exposure to toxic chemicals that cause neurodegenerative disorders and even toxicity from aluminum. According to studies L-theanine has the ability to prevent damage to the brain cells caused by aluminum, therefore slowing or even preventing mental decline.

In addition to its role in repairing or preventing damage from stroke and metal toxicity, L-theanine has even been shown to demonstrate significant reductions in general symptoms of schizophrenia.  Studies show that when combined with pregnenolone the benefits are increased offering a new option for those suffering from schizophrenia. (source)

Some research has shown that the combination of L-theanine with caffeine improves the ability to process and retain knowledge thus having a positive impact on learning. (source) This combination has been shown to promote a faster reaction time aiding focus and the brain’s ability to retain information. What I wished I knew when I was still in school!

In addition, studies show that young adults with ADHD can benefit from L-theanine due to the supplement’s ability to help improve focus and improve sleep. Being able to concentrate and focus on a task can lead to overall better performance. Doctors indicate that those with ADHD often get poor quality sleep. (source) L-theanine can help to improve the quality of sleep; suggesting this might be a good supplement to try before medicating with stimulants such as Adderall, Concerta or Ritalin.

On a side note, the FDA has cited every major drug for false and misleading advertising, some more than once. (source) Pharmaceutical companies have experienced soaring profits, seeing an increase of more than five times in less than a decade. Advertisements tend to target the general public to feel a connection with ADD to the point of self-diagnosis. These stimulants are being advertised to entice adults as well as children.  Read more: The Selling of Attention Deficit Disorder.

A growing number of teenagers and young adults are abusing prescription stimulants to boost their study performance in an effort to improve their grades in school, and there is a widespread belief that these drugs can improve a person’s ability to learn (“cognitive enhancement”).

ALWAYS consult your physician before discontinuing medication for yourself or your child or before starting a new supplement.

If you are trying to cope with mild to moderate anxiety, you might consider talking to your doctor about supplementing with the non-essential amino acid L-theanine. Of course, not all physicians are open using supplements.

If you are thinking about using a medication to help your young adult in school, maybe consider a dietary change as an alternative to starting medication. The article Natural Remedies for ADHD by Dr Josh Axe has some good suggestions that I would add to my child’s L-theanine.

If you are considering using this supplement, make sure to look for it listed as Suntheanine as it is said to be the only pure form of this amino acid.

ALWAYS consult your physician before discontinuing medication for yourself or your child or before starting a new supplement. 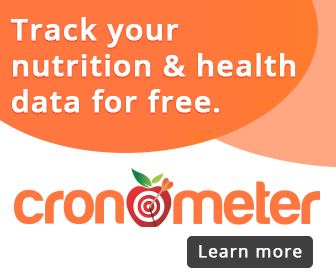 How to celebrate Veteran’s Day
Next Post: Toy safety tips for easy on the budget gifts