Are Your Dental Fillings Affecting Your Health?

Dental fillings could be having an adverse impact on your health.

Dental Fillings, sometimes called “silver amalgams,” are half mercury. They are a time-release poison, a major source of mercury and other toxic metals to those who have them. All mercury fillings leak mercury. Why is that a concern? Read below.

Recent studies of the effects of various toxic heavy metals on your brain – including aluminum, lead, arsenic, cadmium and mercury – reveal that mercury is by far the MOST toxic. No others even come close! This is because of mercury’s interaction with sulfur-containing proteins that are critical to your brain function.

Many scientists believe Alzheimer’s impairs communication and coordination between cells. You have 100 billion nerve cells, or neurons, in your brain, and these neurons make up an intricate communication/information network that requires a great deal of energy and waste removal. These processes require a large amount of fuel and oxygen. Mercury can seriously impair these important and complex neurological processes.

Science is now telling us that mercury may very well be a significant factor underlying much chronic disease, and one about which the majority of physicians are completely unaware. It doesn’t take much mercury to cause significant stresses in your body.

Sadly, many people with mercury toxicity are sick for MANY years, often decades, and have consulted dozens of physicians who fail to identify the real cause of their illness and suffering. Often these people have a constellation of seemingly unrelated symptoms. They are given bottle after bottle of pills, which merely mask some of the symptoms (at best) and create new imbalances within their bodies,without ever addressing the underlying cause of the problem. Not surprisingly, they fail to get better.

Can you get sick from just ONE mercury filling? Absolutely.

Even if you have only one, you’re getting years of daily “dosing” mercury vapor from that filling, which adds to the other sources of mercury and other toxic substances to which you are regularly exposed. Once your immune system takes any sort of a hit from an illness or stress or trauma, it may no longer be able to keep up with the assault of ongoing mercury exposure. (Source: See more by clicking here.)

Not only are mercury dental fillings damaging to the person who has them, but in pregnant women, mercury can be harmful to fetuses. To find out more about this, please watch the video linked at the bottom of this page.

The mercury used by dentists to manufacture dental amalgam is shipped as a hazardous material to the dental office. Any amalgam leftover is also treated as hazardous and requires special precautions to dispose of, yet it’s supposed to be “safe” to keep it in your mouth for years to come.

Mercury is a potent neurotoxin that can damage your brain, central nervous system and kidneys. Children and fetuses, whose brains are still developing, are most at risk, but really anyone can be affected. Sadly, many live with toxic reactions for extended periods of time, never connecting the dots between their failing health and the mercury in their teeth.

Once someone dies, their amalgam fillings actually pose a risk to the living as well. Emissions from the combustion of mercury fillings during cremation are a significant contaminator of air, waterways, soil, wildlife and food. Seven to nine metric tons of mercury per year escapes into the atmosphere during cremations, and it is estimated that, left unchecked, crematoria will be the largest single cause of mercury pollution by 2020.

When you factor in environmental costs and clean-up costs, amalgam is actually the MOST EXPENSIVE dental material in the world. It is also the number one cause of mercury exposure for consumers, according to the Canadian government and other sources.

Discover more about mercury and how you can get this toxic, bioaccumulative substance from your dentist through our infographic “Mercury Dental Fillings: By the Numbers.” Use the embed code to share it on your website.

I have only ever had three cavities in my lifetime, all during childhood. Thankfully, they were on my back molars, so they weren’t extremely noticeable. In the early part of my 30’s I started studying about health and decided when the time was right I would have my fillings replaced. The years passed and the time had not been right.

After having some health issues, like severe fatigue among others, I had a heavy metals test done that showed I had some toxicity. To be exact, the metals I was toxic in were tin, thorium, and mercury. Could these dental fillings be negatively affecting my health? It made sense.

I began searching for a qualified dentist who could remove my old dental fillings and replace them with composite. Now I asked several dentists, “can you remove and replace my old amalgam fillings safely?” and the answer I always got was, “yes, of course.” I was excited to find so many dentists that were able to get rid of my old silvers, until I started asking more probing questions like, “what methods do you use for safe removal of amalgams?”

The answers varied, but none were what I wanted to hear. See, the problem is that when you have these fillings removed, you can be exposed to significant amounts of mercury vapors if the dentist doesn’t know the proper procedures. Also, most biological dentists will strongly suggest you get healthy BEFORE having your fillings removed.

This is because it is necessary for detoxification mechanisms to be optimized before removal. In essence, I was looking for a dentist who would follow the safety measures listed below:

After I had found a dentist that would use the above-detailed method to remove my dental fillings, I made arrangements to have all three fillings replaced at one time. In 2012, I paid $1200 for three replacement fillings, and it was well worth it! The dentist I used had all the equipment to make sure that I didn’t end up ingesting or breathing in the mercury from the dental fillings he was removing.

By the way, it is important to note that when dentists use amalgams in fillings or when they remove them, the release of mercury into the mouths of patients and the surrounding air affects dental workers as well. High-speed vacuums used to suction the debris away from patients, doesn’t always stop the spread of mercury altogether. Mercury Instruments CEO Alex Hummell says he’s

The procedure was unpleasant really, but in the end, I was happy to remove these dental fillings and have them replaced with a safer alternative.  Still, that did not “fix” the toxicity that had already happened in my body. I would still need to address that issue.

One way to treat heavy metal toxicity is Chelation Therapy. “Chelation (pronounced key-LAY-shun) therapy is treatment used in conventional medicine for removing heavy metals (including mercury) from the blood. It involves intravenous injections of a chelating agent, EDTA (ethylene diamine tetra-acetic acid), a synthetic amino acid. EDTA binds to heavy metals and minerals in the blood so that they can be excreted in the urine.” (source)

So, presented with the option of oral chelation or IV Chelation Therapy, I chose to do the IV treatments. The reason being that when taking oral chelation, unless your elimination is perfect, it is possible to reabsorb the dumped metals. I didn’t want to risk that happening. Also, the chelation therapy wasn’t that much more expensive, and it was an easier protocol.

Therefore, I took a series of chelation therapy IV treatments from a local doctor.  Some of the things I experienced during chelation were very strange! One peculiarity is that as soon as it cycles through your blood stream, I began to taste metal in my mouth (like when you were a kid, and you put a penny in your mouth) it was so gross!

Another side effect that was slightly unpleasant was that I was tired until about the fifth treatment. My doctor said that was normal. I also spoke to lots of other patients while receiving my treatments who stated that they felt the same way.  I started to feel better around treatment number six.

Some people there told me they felt tired through about treatment number 10, but they were elderly and used chelation for arterial blockages, so I imagine that is an entirely different ball game.  I met a lot of interesting older adults there. One terrible side effect is that it makes your urine smell AWFUL. I know that may be too much information for some folks, but hey, at least you know it is working!

During chelation treatments, I took particular vitamin/mineral combo after treatments as it depletes your storehouse of minerals. Also, I drank lots of water to flush the kidneys.  I honestly felt so great after my chelation therapy. My mom ended up going to the same doctor to have a series of the chelation therapy done as well.

If you would like to find a doctor who specializes in Chelation Therapy go to this website the select “chelation” under the drop down menu “practice specialty” then scroll through the list to locate a doctor nearest you. Doing a mercury detox is not something to take lightly. It is important to realize that mercury detoxification is a marathon and NOT a sprint. You do NOT want to do this quickly. (source)

If you live in the Knoxville, Tennessee area and would like to use the Dentist that I used contact:

How about you? Have you had any experience with these type dental fillings or have you been through chelation therapy? Please share your thoughts in the comments below! 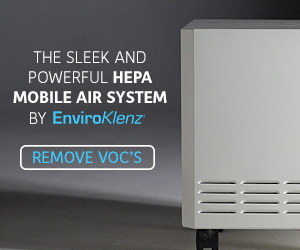