Home » Blog » HMOs: The Missing Key to Better Health That You May Have Overlooked
Facebook0Tweet0Pin0

HMOs: The Missing Key to Better Health That You May Have Overlooked 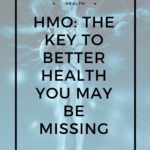 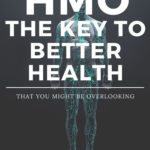 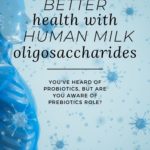 About 70% of the immune system lies in the gut, which is one reason why it is so important to feed the good bacteria residing there. When you hear “gut health” you may even think of probiotics and the role that these “good bacteria” play. However, a lesser-known player in the gut health game is prebiotics.

Prebiotics are a non-digestible fiber that helps promote the growth of beneficial microorganisms in the intestines. Prebiotics are very important for your health. Even though they're not as popular as probiotics; prebiotics are just as important.  Probiotics simply cannot work as well without them.

Around 200 different types of HMOs exist, but the highest concentration is found in human breast milk. This is why breast-fed infants were found to have stronger immune systems than those who were formula-fed. Understandably, this is why many infant formulas now contain HMO. Researchers found that infant formula that contains 2′-FL better supports immune and gut health and is closer in composition and function to human milk.

However, infants are not the only ones to benefit from supplementation of HMOs. As mentioned in this podcast episode, children, teenagers, and even adults can also experience the healthy effects of HMOs. Those over the age of 50 particularly will want to look into the benefits of HMOs.

Human Milk Oligosaccharide: The Component in Breast Milk That Strengthens Your Immune System

The benefits of having good bacteria functioning well are far-reaching. Beyond the gastrointestinal benefits, HMOs have a positive impact on the immune response. As we mentioned in the podcast, asparagus is a good source of prebiotic, and yogurt or kombucha can give us needed probiotics.

A few other prebiotic foods are onions, apples, flaxseeds, seaweed, garlic, and whole oats. Definitely, these are foods that you'd like your children to eat regularly. Unfortunately, most of us don't eat these foods on a daily basis or in quantities high enough to replenish what our bodies need.

Thankfully, there are alternatives, especially when it comes to kids, as many children don't eat enough prebiotic foods. Quality prebiotic supplements can help the probiotics in the gut survive and multiply.

The best way for adults to obtain HMOs is via supplements made specifically for adults. Unfortunately supplements of this nature did not exist until recently. But thankfully, there are now a number of healthy, safe, and easily obtainable options for adults, who want the incredible benefits of HMOs.
Layer Origin

These prebiotic supplements have been shown to have a positive impact on the body, particluarly they've been linked to:

Incredibly important when it comes to infant nutrition, HMO is the third most abundant component of human milk.

HMOs have no nutritive value. They are a structurally and biologically diverse group of complex sugars that are indigestible. But they do have a biological benefit when it comes to bacteria. Layer Origin

While they may aren't a nutritional component of breast milk, as a non-digestible carbohydrate, they travel to the colon to feed the good bacteria, like bifidobacteria, and fight off infection and inflammation.

Prebiotics are fiber found in plants that go through the intestines unchanged. When you add prebiotics to your body it acts as a fertilizer to enrich the good bacteria (probiotics). Think of prebiotics as the “miracle grow” of the colon. Habit #16

Prebiotic supplements come in a variety of forms such as

Clearly, all prebiotics are good for you, however, HMOs go a step further as they contain another functional group called acetylglucosamine which is significant in that it helps with immune function. This function can not be mimicked by the other types of prebiotics (FOS, GOS, or inulin.)

HMOs can have effects on viral pathogens, decreasing the viral load, and may block certain influenza viruses.

Read more about HMOs at LayerOrigin.com

Transcripts are provided below. This episode is also available as a video:

How to Grieve Any Loss in a Healthy Way
Next Post: Why Do Weighted Blankets Work and Which One Is Best?