Habit #21 Surprise! Flossing is as important as brushing, so start today!

This is the third week of building healthier habits and I am proud of you for sticking with me through the #31habits series! Even if you only implement a few of the habits you will be doing good! Flossing is today’s habit!

So, let’s talk about your teeth. I know you probably brush your teeth multiple times per day. That’s a great start, but did you know that flossing your teeth is just as important, if not more so than brushing them? Your teeth are like a window to health… keep that window clear of gunk!

I recently read that a whopping one-third of Americans actually LIE to their dentist when asked if they flossed! A survey showed that only 4 out of 10 people floss every day and 20 percent never floss. How about you?

When my oldest son was pretty young but old enough to brush and floss his own teeth, he lied to his dentist about his brushing habits. At that time our dentist told my son something that has stuck in my mind (and his) ever since. He told us that that carpet feeling on your teeth is actually the poop from the bacteria living inside your mouth. Yuck!

I’m pretty sure this encourage my son to brush his teeth more regularly, at least for a month or two! I still have to remind my boys to brush and it’s a real struggle, so I confess that I don’t force them to floss as I should.  I am pretty particular about my own oral hygiene and I do floss daily but I am working on the habit with the children.

When should I floss?

Flossing can be done before or after brushing, but make sure you floss at least once per day as per recommendations from the American Dental Association. Flossing removes the sticky film of bacteria on and between teeth as well as a plaque build up.

While I know that it takes time (average estimates around 2 minutes to floss thoroughly) it’s still important to make sure you create a habit of flossing once per day. Don’t try to take a shortcut and use a floss-pick because these do not reach the areas where bacteria thrive, down deep in the gum line.

How should I floss?

Use a floss (waxed or not, doesn’t matter) such as my favorite, POH Dental Floss, lite wax, as I don’t like the heavy waxed variety. I really don’t like the flavored kind! Now, how to floss? I’m sure your dentist has demonstrated in the past, but a quick refresher instructional is in order:

Bleeding gums is a sign of possible bacteria which can cause problems by entering your bloodstream and causing inflammation. If your gums bleed when you floss, don’t stop flossing! Continuing to floss will help your gums to stop bleeding, but if the bleeding continues after a week or so of flossing, see your dentist.

Still not ready to take the time to floss ALL of your teeth? Just floss one!

Consider this excerpt from Stanford psychologist B.J. Fogg on how he started his flossing habit:

For me, cracking the code on flossing was to put the floss right by the toothbrush, and to commit to myself that I would floss one tooth — only one tooth — every time after I brushed.

I could floss them all if i wanted to, but the commitment was just one tooth.

[This works] because I was training the behavior. Maybe once every few weeks, I’d only actually floss one tooth, but a majority of the time I’d end up flossing them all.

If that’s not enough to convince you, watch this video! Don’t forget to pin this post! 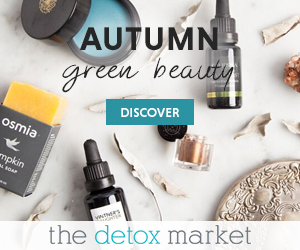 Habit #20 Stop seeking approval from other people
Next Post: Habit #22 Find a way to eat berries every day